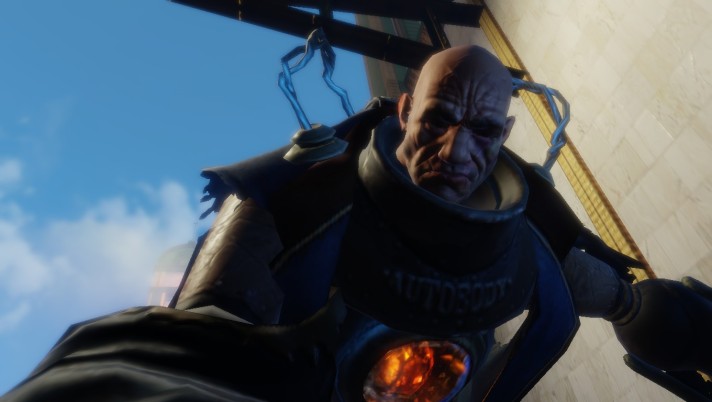 The only Steam Screenshot of Bioshock Infinite I have, Hello Handyman!

So as you know its been the Steam Christmas Sale and also Christmas itself is almost here, and I’ve got a little bit carried away. I might not have been active lately and apart from coursework at school this is the reason. I’VE BOUGHT TOO MANY GAMES! Read on to find out what games I’ve bought and potentially may be reviewed.

On steam I’ve purchased Monaco, Castle Crashers, Game Dev Tycoon. Just Cause 2 Multiplayer has also been released which I can review and there are several other games that I may purchase such as Kerbal Space Program, Starbound and Democracy 3. Also potentially coming to me on Christmas Day is The Legend of Zelda A Link Between Worlds and possibly a WiiU console with more games to review.Theres also games I own which I haven’t reviewed such as Bioshock Infinite that I’d love to write a review on.  It’s all getting quite busy in terms of getting reviews up, putting the hours into a game to give it a fair review and creating a Games Portfolio for University Interviews. However I’d like to reiterate I am still here. You can look forward to new content over the coming weeks :) – TomInbound