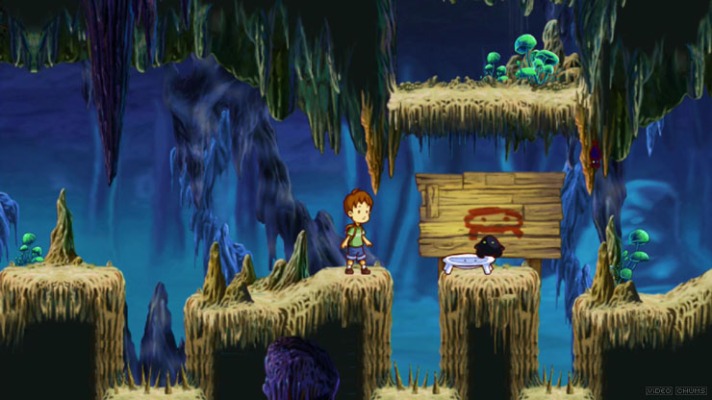 Puzzle Platformer – A boy and his blob – Nintendo Wii

This post was made using my game idea generator. I’m going to be doing “runs” with the idea generator to give you an idea of it’s usage. Today I’ll be using Platform Games as my genre.

Now Pick some mechanics from the existing genre and answers you generated from asking why.

Information  Gathered: Platform games generally have pick up and play controls that should avoid being changed so that a larger demographic is familiar with them particularly non gamers. The games have strayed away from open world, randomly generated etc most of the games tend to stick to a linear path. What I didn’t mention was that most platformers tend to have exploration in the form of secrets to add to to the replay value.

What game can we create that challenges the conventions?: We could create a platforming game that has randomly generated jumps and or environments, they would have to stick to an algorithm that is able to correctly distance jumps and hide collectibles.